APA recognizes animal cruelty and fighting not only as precursor crimes to family and interpersonal violent crime, but also violent crime that should be effectively prosecuted. To achieve this end, APA developed a statement of principles regarding the prosecution of animal cruelty crimes and continues to provide a national technical assistance network as well as produce a quarterly newsletter, the Lex Canis. APA has also partnered with various animal welfare and other law enforcement organizations to hold an annual Animal Abuse and Fighting Summit to continue to develop ideas to fight animal cruelty and fighting.

June 6, 2022 The events of the horrific shooting 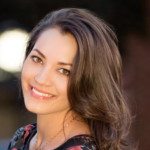