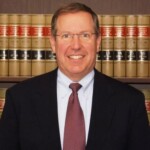 David LaBahn
President/CEO
Mr. David LaBahn is President and Chief Executive Officer (CEO) of the Association of Prosecuting Attorneys (APA), a national association representing elected and deputy or assistant prosecutors, and city attorneys. The association acts as a global forum for the exchange of ideas, allowing prosecutors to collaborate with all criminal justice partners, and conducts timely and effective training and technical assistance to improve the prosecutorial function. In addition, APA serves as an advocate for prosecutors on emerging issues related to the administration of justice, development of partnerships and implementation of problem-solving strategies.

Steven Naugle
Treasurer/CFO
Mr. Steven Naugle is the Chief Financial Officer (CFO) for the Association of Prosecuting Attorneys (APA). He is responsible for maintaining and handling all accounting for APA’s expenses and grant management activities. The CFO also acts as APA’s Treasurer and is responsible for internal administrative functions and controls. Mr. Naugle will ensure APA’s accountability and transparency of all funds maintaining federal grant compliance for tracking, accounting, and reporting purposes. 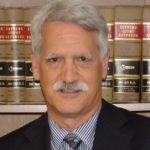 Robert W. Hood joined APA in 2010 as a contract Senior Attorney and played a key role in the development and execution of the 6th National Community Prosecution Conference held in Washington, DC. He also played a key role in developing the Innovations in Criminal Justice Summit in Chicago in 2011, assisted in planning the 7th National Community Prosecution Conference, and co-authored the APA/BJA monograph, A Framework for High Performance Prosecutorial Services. Prior to joining APA, Bob served as the Chief of the Public & Community Safety Division of the Seattle City Attorney’s Office for nearly twelve years. In that position, starting in 1999, he built and directly managed the six-attorney Precinct Liaison Program, the office’s nationally recognized community prosecution program. Most recently, he served as the Director of the Community Prosecution and Violent Crime Division for APA, a position he has held since January of 2011. 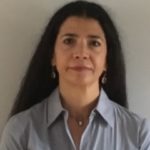 Beth Merachnik served as the Director for the Smart Prosecution Initiative and the Victim Services Division at APA.  The Smart Prosecution Initiative provided national training and technical assistance for prosecutors to support and enhance criminal justice initiatives and to promote public safety. Ms. Merachnik is a former prosecutor from Massachusetts having served for over twenty years in both the Middlesex County District Attorney’s Office and the Office of the Attorney General.  Ms. Merachnik prosecuted a wide variety of cases during her career at the District Attorney’s office, including crimes of homicide, sexual assault and child abuse.  For over four years, Ms. Merachnik held the position Director of the Middlesex Domestic Violence in which she was responsible for implementing policy and program development, preparing training programs, facilitating community outreach, and designing strategies for prosecution and victim safety.

Ms. Merachnik served at the Office of the Attorney General, first as the Chief of the Community-Based Justice Bureau.  The Bureau was dedicated to developing programs and policies, devising strategies, drafting legislation and providing training in the areas of family violence, child protection, juvenile justice, and community safety.  Following this position, Ms. Merachnik served as Senior Counsel and Trial Attorney in the Criminal Bureau, prosecuting financial crime, public corruption and computer crime.  Ms. Merachnik served on the Governor’s Commission for Sexual and Domestic Violence where she was co-chair of the legislative sub-committee. 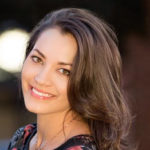 Nichole Parisi returned to the Association of Prosecuting Attorneys in March 2015 as the General Counsel after formerly serving as a law clerk for APA following law school. Previously, Nichole worked as an associate attorney at the Law Offices of Bruce A. Johnson, Jr., LLC where she practiced criminal, business and real estate law in the state of Maryland. Nichole has experience working in the non-profit sector and has held positions with the National Sheriff’s Association and the National District Attorneys Association.

As a graduate of Saint Louis University School of Law, Nichole received her Juris Doctor degree, as well as a Certificate in International and Comparative Law. Nichole attended the Pennsylvania State University where she received her Bachelor of Science degree in Crime, Law, and Justice with a concentration in Business Law. Nichole is admitted to practice in the State of Maryland and a member of the United States Supreme Court Bar. 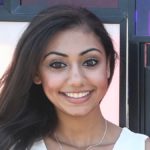 Marlene Biener serves as Senior Deputy General Counsel at APA, where she  works directly with prosecutors across the country on criminal justice policies. She develops APA position statements as well as communicates with state and federal lawmakers about policy related to prosecutors and criminal justice. She oversees and designs trainings, resource guides, and APA publications to convey timely materials and education to prosecutors nationwide. Previously, Marlene worked for the New Jersey Office of the Attorney General, where she represented the New Jersey Division of Child Protection and Permanency. Prior to becoming a Deputy Attorney General, she served as a law clerk for the Honorable Wayne J. Forrest, J.S.C. Marlene graduated from Seton Hall University School of Law in May 2013. She attended Ramapo College of New Jersey, where she received her Bachelor of Arts degree in Political Science, with a minor in Public Policy. Marlene is admitted to practice law in the states of New York and New Jersey, and the District of Columbia, and is a member of the New Jersey State Bar Association. 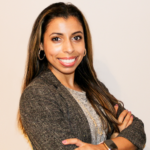 Sasha Beatty joined the Association of Prosecuting Attorneys in July 2019 after previously working for the Nashville District Attorney’s Office for two years as an Assistant District Attorney General. There, she prosecuted domestic violence cases before working in Criminal Court Divisions I and V as a felony trial prosecutor. Sasha received her Juris Doctor from Vanderbilt University Law School in May of 2017. She attended Duke University and received her Bachelor of Arts in U.S. History with a minor in French. Sasha is admitted to practice law in the State of Tennessee and the District of Columbia, and is a member of the Tennessee State Bar Association, the American Bar Association, and the American Constitution Society. In addition to her work in the Office of General Counsel, Sasha works as the Web Development Director. 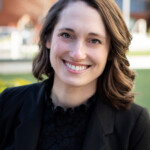 Rebecca became the Staff Attorney for the Association of Prosecuting Attorneys in mid-2021. Prior to joining the APA, Rebecca worked in family law and served as an Assistant State’s Attorney in Prince George’s County, Maryland.  She prosecuted general misdemeanor crimes and specialized in domestic and family violence cases involving spouses, families, and intimate partners. Rebecca obtained both her Juris Doctor and Master’s in Social Work from The Catholic University of America in May 2016. She attended the University of Notre Dame where she earned a Bachelor of Arts with a double major in Spanish and Sociology. She is a member of the Virginia State Bar and the Maryland State Bar, and currently serves on the Board of Directors for the Young Lawyers Section of the Fairfax Bar Association. 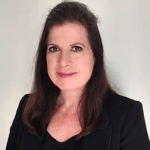 The position of Training Director is held by Ursula Donofrio, who is responsible for assisting the senior attorney staff in curriculum development and conference planning. As former Training Director for the California District Attorney’s Association, Ursula brings 25 years of experience to the Child Abuse Prosecution Project. 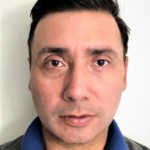 Gabriel joins the Association of Prosecuting Attorneys as a Business Accounting Associate. He graduated with a Degree in Accounting at CETYS University in Baja California. He brings more than 15 years in accounting and business experience to APA. 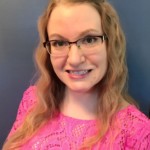 Aimee Peterson served as the Child Abuse Prosecution Project Program Assistant and currently manages membership. Aimee holds a B.A. from St. Johns University in Government and Politics and comes to the project from the Department of Homeland Security, where she worked as the Executive Assistant to the Director of Strategy, Policy and Budget division of Infrastructure Protection. Aimee also brings experience working in the non-profit sector previously holding positions at the National Sheriffs’ Association and the School Superintendents Association. Aimee can be reached at aimee.peterson@apainc.org.

In addition to her role as Deputy General Counsel, Sasha is also the Web Development Director and is responsible for maintaining APA’s website and graphic design elements, managing communications, as well as handling the organization’s social media. 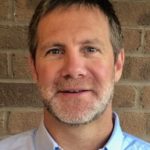 Michael Valentine is a Senior Attorney with the Association of Prosecuting Attorneys’ Child Abuse Prosecution Project. He was previously an Assistant County Attorney and the First Assistant County Attorney with the Hillsborough County Attorney’s Office in Manchester, NH. He supervised an office of fourteen attorneys while maintaining a trial caseload focused primarily on child sexual assaults and child pornography. In this capacity, he worked extensively with local Child Advocacy Centers, over a dozen law enforcement agencies, the Internet Crimes Against Children Task Force, and multiple federal agencies in his own investigations as well as reviewing the work of his attorneys. As an Assistant County Attorney, Michael became the leading expert in New Hampshire on the civil commitment of Sexually Violent Predators (SVP) and remains the only prosecutor in NH to successfully try an SVP case. He has presented multiple times on strategies for prosecuting such cases at the NH Attorney General’s Child Abuse and Neglect. He also helped to teach and prepare students in the FBI’s Computer Analysis and Response Team (CART) on how to testify as factual and expert witnesses in state and federal courts, using practice direct and cross examinations in the FBI’s CART Moot Court trainings.

Niki has been a prosecutor at the Manhattan District Attorney’s Office for over 20 years.  She has investigated and tried a wide variety of homicides, police shootings, rapes, robberies, burglaries, and other crimes of violence.  She was the Acting Deputy Bureau Chief in the Sex Crimes Unit in 2007 and was appointed as a Deputy Bureau Chief in the Trial Division from 2007- 2013.  In January of 2014, Niki was named the Chief of the Child Abuse Unit. Niki also serves as a Fellow for APA’s Child Abuse Prosecution Project. 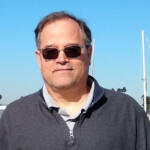 Norma Garcia is a practicing attorney presently as a Supervising Assistant Corporation Counsel with the City of Jersey City, New Jersey. Norma supervises a staff of governance attorneys who serve as legal counsel for the largest and most diverse city in New Jersey. Norma’s experience has been varied and diverse over the past 29 years serving as a municipal, county and state prosecutor, as well as a municipal court judge and civil litigator. Norma has prosecuted criminal cases for the Township of Union, the Hudson County Prosecutor’s Office as well as the New Jersey Attorney General’s Office prosecuting offenses ranging from motor vehicle violations to homicide. Norma also served three terms as a Municipal Court Judge for the Township of Hillside. Her career began as a law clerk to the Honorable Miriam N. Span (ret.) in Union County, Civil Part. Norma earned an undergraduate degree in Criminal Justice from John Jay College of Criminal Justice in New York City and a Juris Doctorate from Cardozo Law School in New York City. Norma has practiced in Municipal, State and Federal Courts. 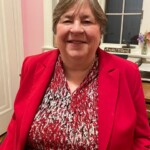 Joy Repella was an Assistant State’s Attorney in Cook County for over 28 years and prosecuted felonies from Robbery to Murder. She also handled Involuntary Mental Health Treatment and Commitment as well as Expungement and Sealing. She supervised four Community Justice Centers (CJC) located throughout Cook County. Each CJC was responsible for prosecuting cases important in the community, problem solving local issues, and working to prevent crime. Joy left the State’s Attorney’s office and became an Administrative Law Judge. She worked for the Illinois Department of Human Services hearing cases concerning Medicaid and hearings involving professional licenses. She also has worked at the Illinois Department of Employment Security handling unemployment cases. Currently Joy assists with APA’s Elevating Trust project.